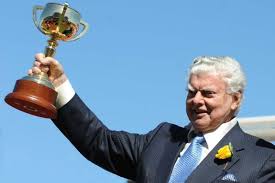 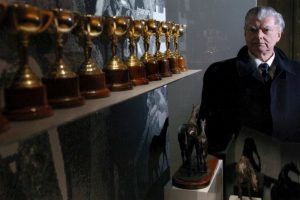 The Australian Trainers’ Association (ATA) Federal Executive and Management are deeply saddened by the passing of Bart Cummings - a highly respected legendary trainer, true legend of the turf and loyal longstanding ATA Member.

James Bartholomew Cummings OAM was born in Adelaide in 1927 and had his first taste of victory at 23 years of age as a strapper for 1950 Melbourne Cup winner Comic Court, which was trained by his father.

In 1953, Cummings was granted a trainers licence and he won his first Group 1 with Stormy Passage in the SAJC Derby in 1958.

Outside of his 12 Melbourne Cups, his other feature races wins include the Caulfield Cup (7), Cox Plate (5), Golden Slipper (4), as well as 32 Derbies and 24 Oaks. Cummings also holds the record for the most wins in Victoria’s two biggest races run in autumn - the Australian Cup, which he has won 13 times, and the Newmarket Handicap, which he has won on eight occasions.

During his long and distinguished career, Bart won nearly 7,000 races including 760 stakes races and 268 Group Ones, with champions such as Galilee, Light Fingers, Taj Rossi, Leilani, Beau Zam, Let's Elope, Saintly and So You Think to name a few.

Further to his achievements on the track, Cummings was made a member of the Order of Australia in 1982 for his services to the racing industry and in 1991 was inducted into the Sport Australia Hall of Fame. In 2001 he was one of the five inaugural inductees in the Australian Racing Hall of Fame - a status that was upgraded to Legend in 2008. Cummings was also awarded the Fred Hoysted Award on three occasions, in 2000, 2009 and 2010, an honour bestowed to recognise outstanding training performances on Victorian tracks during a racing season.

Our sincerest condolences are extended to his wife Valmae, his son Anthony and grandson James, along with the extended Cummings family and his many friends in racing around the world.

An iconic man who will be sadly missed.
Rest in peace Bart.