Guy Walter had a family background with horses and wanted to become a racehorse trainer from an early age.

In the early 1970s Guy worked for Bart Cummings and Neville Begg and was the strapper of Think Big when the stayer won the 1974 Melbourne Cup.

Guy began his training career on the South Coast of NSW, before moving his stable to Warwick Farm. After an intial struggle, metropolitan winners started to flow, most notably with Prince Invader who won 13 races including the Tamworth Cup.

In the early 90's, the Guy Walter trained Tie the Knot emerged as one of Australia's most talented gallopers. With thirteen Group 1 victories and winning over $6m in prizemoney, Guy refers to his days with the champion galloper as "life changing".

Guy has had major success ever since, winning 34 Group One races and more than 120 Stakes races with top class gallopers including Defier, Republic Lass, Spinning Hill, Court's in Session, Patezza, Wild Iris, Toydini, Streama and Appearance.

Our sincerest condolences are extended to Guy’s wife Wendy, the extended Walter family and their many friends in racing. 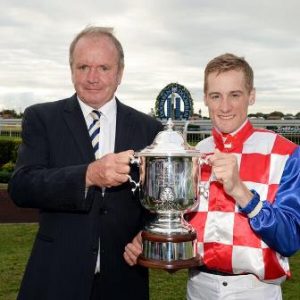